The New York Times, BBC, The Guardian and Many Others Write About the Interactive Live Performance Dream

News media all over the world have written about the ground-breaking digital live performance show ‘Dream’ by the Royal Shakespeare Company, where Reactional Music (previously Gestrument AB) enables the actors to play on an interactive orchestral score with their movements in real time.

With lock-downs, restrictions and the almost complete show stop for the live scene, there is no doubt we have a thirst for cultural experiences. In the pandemic we learned how to work from home, and there’s no better time than the present to explore how we also can expand the way we consume theatre, music and other live performances from wherever we are in the world.

Being an experimental project to learn and explore how future audiences might consume, Dream is truly a multidisciplinary installation. Is it a theatre using technology? Is it a game with real actors? Is it a live concert or a recording? The lines are blurry. Some of the features in Dream include:

“The most exciting moment comes when the technology itself is exposed to the audience; the camera pans into the studio and shows us both the screen with the avatars adventuring in the forest alongside their human counterparts, enacting the drama in real-time motion capture, below the screen”, The Guardian writes in a review.

Nick Cave as the voice of the forest

The announcement of the Australian musician Nick Cave to play the part as the ‘voice of the forest’ caught the attention of the Rolling Stone magazine.

Music played by the actors’ movements

The characters in Dream act in mo-cap suits (motion capture), and each character has their movements tied to their own set of sounds. Puck, played by EM Williams, for example, generates a soft, yet dynamic harp, the notes playfully streaming from the movements of the hand.

With the Reactional Music technology any composition can become interactive with any kind of input, in this case motion sensors. In Dream the works by Esa-Pekka Salonen and Jesper Nordin were recorded before the pandemic with over 100 musicians from the Philharmonia Orchestra, and then becoming playable in real time with the technology as the actors also acted as musicians.

In a 4-star review, i newspaper says:

“This innovative production is a fascinating insight into theatre’s aesthetic evolution. Even the lush music, by Esa-Pekka Salonen and Jesper Nordin, is interactive: via an app called Gestrument, the performers can alter the score with their movement, while every footstep creates its own rustling reaction.”

The attention for the show has been far better than our expectations, with many articles and reviews by influential media from all around the world.

We are especially happy that the music of the show has had so much positive feedback, not least from the attendees.

Dream in the news

BBC Radio: “Dream is a new collaborative production by the RSC which isn’t quite like their usual work. It uses actors…”
https://www.bbc.co.uk/programmes/m000t499

The Guardian: “Is this an avatar I see before me? Audience takes to stage in virtual Shakespeare play”
https://www.theguardian.com/culture/2021/feb/07/is-this-an-avatar-i-see-before-me-audience-takes-to-stage-in-virtual-shakespeare-play?CMP=Share_iOSApp_Other

The Guardian: “The RSC’s hi-tech Dream opens up a world of theatrical possibility” (subscription only)
https://www.theguardian.com/stage/2021/mar/17/rsc-a-midsummer-nights-dream

Mancunion: “Shakespeare in virtual reality: is this the future of theatre?”
https://mancunion.com/2021/02/12/shakespeare-in-virtual-reality-is-this-the-future-of-theatre/

I newspaper: “Dream, RSC, review: Nick Cave, a motion-capture Puck and interactive fireflies in a glimpse of the future”
https://inews.co.uk/culture/arts/dream-rsc-review-nick-cave-a-motion-capture-puck-and-interactive-fireflies-in-a-glimpse-of-the-future-917662

The Times: “Dream review — an experiment to win new online audiences is a mixed success” (subscription only)
https://www.thetimes.co.uk/article/dream-review-an-experiment-to-win-new-online-audiences-is-a-mixed-success-085fm88gc

Financial Times: “Don’t look back: the future is phygital” (subscription only)
https://www.ft.com/content/4a7caeea-df02-4d81-a1a3-d7a3d64e482b?FTCamp=engage/CAPI/webapp/Channel_Moreover//B2B

Yahoo In the know: “Technology meets the stage in new play by Royal Shakespeare Company”
https://sports.yahoo.com/technology-meets-stage-play-royal-145145266.html

The Birmingham Press: “Dream, by the Royal Shakespeare Company”
http://thebirminghampress.com/2021/03/dream-by-the-royal-shakespeare-company/

Dream is developed by the Royal Shakespeare Company with global technology partners, Epic Games and Intel. Using motion capture and computer game technologies, the production will deliver a wholly new interpretation of Shakespeare and an entirely new channel for theatre.

Reactional Music is a Swedish/UK music-tech startup with the ambition to change the way we interact with music. The patented technology allows a composer, hobby musician or any music consumer to play within the rules of music in many different ways – in concert as a digital instrument, as an interactive layer on top of recorded music, in games or in other interactive music applications. Pitch ranges, rhythm, scales, duration, legato, velocity and other parameters in music can be controlled with any input device; movement, touch, synths or game events for example, all generated in real-time. With the praised consumer apps Gestrument PRO and Scalegen users can experiment with music-making on their iOS device. 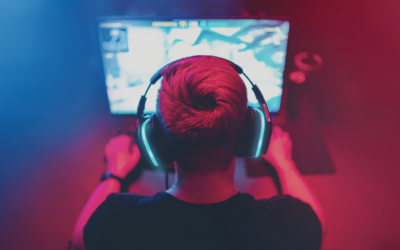